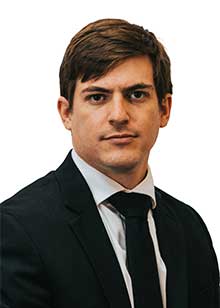 R. Mike Waddle earned his Juris Doctor from the University of Cincinnati College of Law in 2016 where he focused on criminal law and participated in a specialist “crimmigration” class that focused on how criminal charges in American courts can affect immigration rights. Throughout law school he spent time interning for the Hamilton County Public Defender’s Felony Division as well as clerking for federal and state judges, including Judge David Bunning in the Eastern District of Kentucky and Judge Robert Winkler in the Hamilton County Court of Common Pleas. After earning his law degree, Mike was hired by the Hamilton County Prosecutor’s Office as an assistant prosecutor where he prosecuted dozens of cases until he joined the firm in June of 2020. Mike handles cases involving criminal defense, traffic violations, immigration, and personal injury.